Despite the fact that St. Valentine's Day only became known relatively recently in the Czech Republic, it is continually increasing in popularity, and the familiar merchandise which accompanies it is gradually appearing more and more in shop windows. As a consequence there has been lively debate regarding whether or not companies and retailers exploit the festival in modern times for commercial purposes, thus tarnishing its true meaning for many people. Radio Prague takes a look into how Czechs perceive the day.
As shops all over Prague began their annual displays of oversized cuddly toys and heart-adorned greetings cards, it is plain for all to see that Valentine's Day - called Valentyn in Czech - is once again upon us. As we have seen, the real historical origins of the festival remain extremely mysterious, containing remnants of both ancient Roman and Christian traditions, yet the modern commerciality of St. Valentine's Day is often seen to mask its significance. Although a well-founded tradition in Britain and other European countries, which, as a widely-celebrated event, dates back to the seventeenth century, it is very much a new phenomenon in the Czech Republic, having gained popularity only within around the past ten years. I asked Martin Horalek, a spokesman for the Czech conference of Bishops whether the festival retains its religious meaning nowadays:

"I think it's a pretty significant day, as it is the feast of love, and love is one of the most important things in the Christian faith at all, so certainly the significance is pretty big. A tradition is beginning on this day that we celebrate a mass, for all people of goodwill, and all people who love somebody else, in the Basilica in Vysehrad."
So you think that on a practical scale the Czech people do see a religious significance in Valentine's Day and not just a commercial one?

Photo CTK "It's not easy to say. Certainly the commercial one is more common in our very atheistic society."

Whether St. Valentine's Day is seen as a religious or a non-religious event, there seems to be differing opinion regarding whether it's merely used in modern times as an excuse to sell merchandise. A spokesperson for the Neo Luxor bookshop on Prague's Wenceslas Square explains how they've been going to special lengths because of the festival:

"The St. Valentine's Day festival is becoming ever more popular in the Czech Republic and therefore the Luxor Book Palace has also endeavoured to do its part for the celebration. For example, each customer in the fiction department may pick up a free gift, such as a novel for women. I believe that our enterprise has been successful and that we will continue in the same vein in future years, since the younger generation especially enjoy this festival, and its popularity is increasing."

I also spoke to a few people in the centre of Prague, who felt strongly that St. Valentine's Day is now centred on the commercial world:
Young woman 1: "I think it's only commercial. It's very important for business, for shops with flowers."
Young man 1: "It's more about business for me. I think it doesn't have any tradition here and that's why it's a little bit foreign for us."
Young woman 2: "Everybody's buying something just because its being advertised everywhere."
Older man 1: "I think it isn't our national holiday and its mainly good business."
Middle aged man 1: "I just think it started as a commercial project it wasn't non-commercial from the beginning."

Yet, despite debate regarding modern society's business-like approach to St. Valentine's Day in the Czech Republic and indeed all over the world, it remains for many a day specifically devoted to one's loved ones, something which no amount of commerciality can erase.
Posted by Jeffrey Allison at 4:38 AM No comments:

Sunday was Julio's last Sunday with us.  His classes are finished and he will return to El Salvador on Thursday.  Our family will miss him.  He was a joy to have around and he did what he could to help in the ministry.  What a blessing it is to know Julio.  God Bless you, Julio. May the Lord use you to reach many for Him. 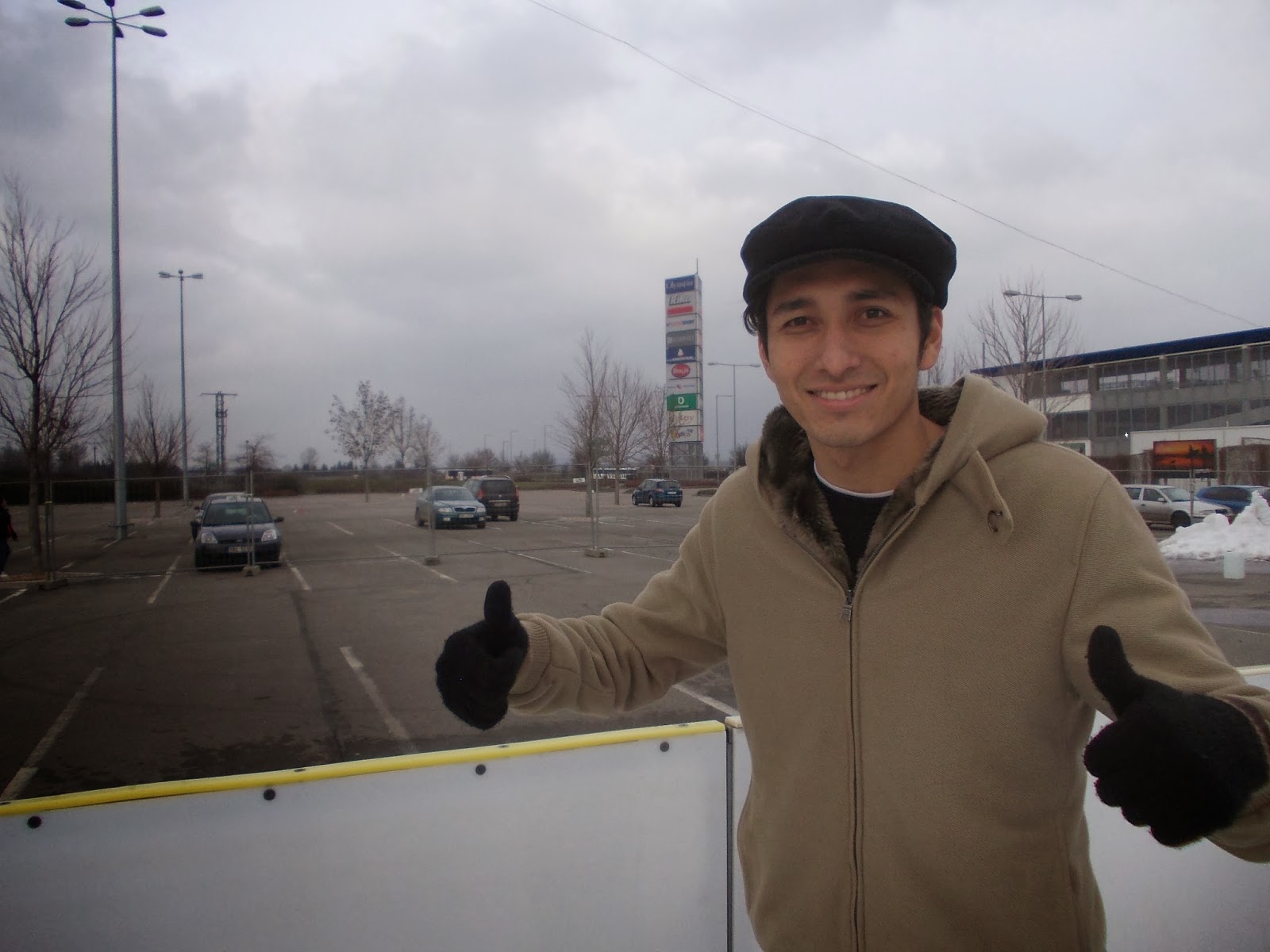 Praise God!  Yesterday was the first time that Alena's husband, Jirek, attended our services.  We have been praying for him for many years. Alena asked him to come and help with the birthday dinner. He agreed to help, to stay for the services, and to eat dinner with all of us.  Please continue to pray for Jirek.  He is not in the best of health and needs surgery that is too dangerous at this time. BUT, most importantly, he needs the Lord.  He was raised by a strict Catholic mother, who has put a bad taste in his mouth for religion.  We hope that yesterday showed him that we are not about religion, but about true service to the Lord.
Posted by Jeffrey Allison at 12:20 AM No comments: