As of June 30th,James and Caitlyn are engaged. Wedding scheduled for May. 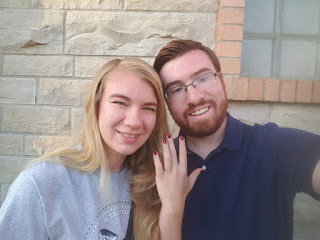 Jan Hus Day is a public holiday in the Czech Republic on 6 July.


This holiday commemorates the martyrdom of Jan Hus in 1415.


Jan Hus, born in Bohemia in 1369, was a priest, reformer, and master at Charles University in Prague.


Inspired by the teachings of John Wycliffe, which he helped translate into Czech.


Hus is seen as a key predecessor to the Protestant movement of the sixteenth century. Hus was an advocate of church reforms, such as using Czech as the liturgical language, aligning the church's practices with teachings contained in the Bible, limiting the power of the church to spiritual matters, and stopping the sale of indulgences.


His followers became known as Hussites.


He was excommunicated from the Catholic Church in 1412 for insubordination.


After being promised safe passage to attend a meeting that was intended to discuss the differences in the church, Hus was detained and put on trial. Refusing to give up his beliefs, he was found guilty of heresy against the doctrines of the Catholic Church and was burned at the stake on 6 July 1415.


During his execution, it is said that the pages from the banned Wycliffe bible were used as kindling, and one of Jan's last acts was to proclaim that a man would rise up in a 100 years whose teachings could not be suppressed. Almost exactly a century later in 1517, Martin Luther nailed his list of 95 issues against the Roman Catholic church onto the church door at Wittenburg.


Between 1420 and 1431, the Hussite forces defeated five consecutive papal crusades against followers of Hus. Their defence and rebellion against Roman Catholics became known as the Hussite Wars.


Posted by Jeffrey Allison at 6:46 AM No comments: